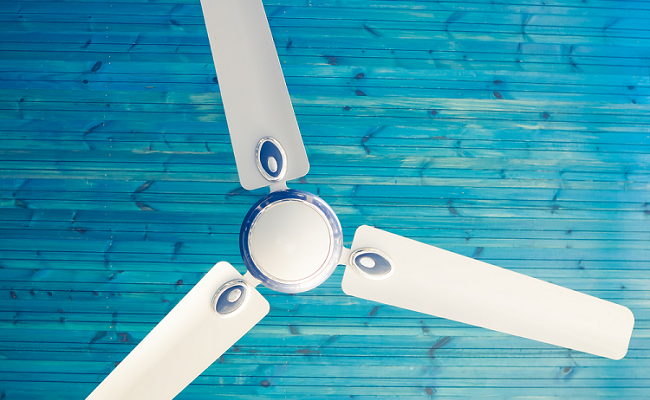 Too often, homeowners consider their ceiling fans to be functional appliances that don’t factor into a room’s decor. However, just like lighting, ceiling fans can have a significant impact on a space looks and feels.

Before you buy the cheapest ceiling fan you can, you should consider different fan styles and choose one that fits your design aesthetic best. Here’s a guide to different ceiling fan design options, so you can make an informed ceiling fan decision.

The ceiling fan you think of when you hear the words “ceiling fan” is most likely the standard style. These fans typically have one motor, which can be mounted above or below the blades, and the blades typically number three, four or five. Standard fans are fairly common, and they come in a variety of aesthetic looks to suit any interior design. Some examples of standard fan styles include:

Also called hugger ceiling fans or low-profile fans, flush-mount ceiling fans hang close to the ceiling to avoid taking up excess overhead space. Without as much space between the blades and the ceiling, these fans can struggle to produce the same airflow as standard fans, but they are ideal for rooms with low ceilings, where headspace is at a premium. Most flush-mount fans come in a similar variety of styles to standard fans, but you might struggle to find flush-mounts with varying styles of light kit as large or low-hanging lights typically don’t mesh with the goal of installing a low-profile fan.

Multi-head ceiling fans, known also as dual- or multi-motor fans, have two or more fan heads built into the unit. This allows the ceiling fan to aim airflow in specific directions, which can help keep targeted areas cooler than a single fan head pointing straight down. Usually, multi-motor ceiling fans use cages to contain the whirling blades of the multiple heads, which can give the fans an industrial or vintage aesthetic. However, mule-head fans are most often used in commercial settings, where oddly shaped rooms require creative cooling solutions like this.

Following the trend of most household appliances, ceiling fans are becoming smart. Smart ceiling fans connect to your home’s Wi-Fi system and give you control over things like fan speed and light intensity from your computer or mobile device, wherever you go. You might want a smart ceiling fan if you have a smart home with a bevy of IoT devices and enjoy the ability to command your ceiling fan with your voice. You might also like a smart fan if you want to set a timer, sync your fan to your thermostat or otherwise maximize energy savings. Besides their connective functionality, smart fans typically follow the standard fan look and style.

The most important feature for a ceiling fan is its ability to move air around your room, creating a cool draft that creates comfort and reduces your energy expenditure. However, because you don’t want your ceiling fan to be an eyesore, you also need to consider the style of your fan and the style of the surrounding space. By being conscious of different fan styles and factoring in important features, you should be successful in integrating any ceiling fan into your home.

How to Advocate for the Environment

4 ways to develop your IT farm, try this method