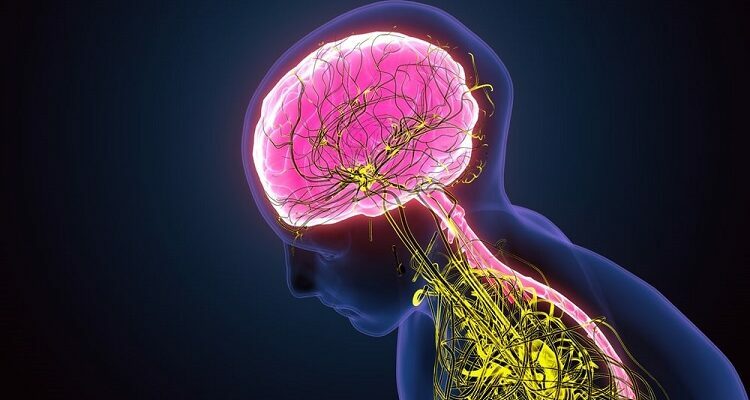 The autonomic nerves are responsible for controlling vital organs such as the heartbeat and breathing–also known as involuntary actions. Individual nerves within this classification include the vagus nerve, which slows down the heart. Together with the endocrine system, the autonomic nervous system also helps prepare our body for acute stress responses such as fight and flight.

2. The somatic nervous system is part of the PNS.

Our somatic nervous system controls voluntary (conscious) action–movement. Muscle contraction and relaxation when someone wants to start walking, running, stretching the arm, or jumping is controlled by the somatic nerves, which fall under our peripheral nervous system.

3. The PNS works in coordination with the Central Nervous System.

Nerves of the peripheral nervous system collect stimuli from the external environment and relay them to the brain (part of the CNS) through neurons for integration and appropriate response initiation. Signals for the voluntary control of our muscles also arise from the brain through an efferent system.

4. The PNS is interconnected with the CNS

5. Nerves of the PNS are more prone to Injury

Nerves of the Peripheral Nervous System are generally more exposed to Injury than the central nervous system, which is shielded by the cranium (skull). The cervical and vertebral column protect the spinal cord. Peripheral nerve injuries can occur due to physical trauma, burn, or diseases.

6- The PNS can be affected by several diseases.

Some of the diseases associated with the peripheral nervous system include peripheral neuropathies, myasthenia gravis, Charcot-Marie-Tooth disorder, and neurofibromatosis, among others. Myasthenia gravis is caused by a breakdown in communication between muscles and nerves. CMT is a hereditary disorder caused by faulty genes. Peripheral neuropathies can be brought about due to many underlying factors such as diabetes, autoimmune diseases, and infections. Neurofibromatosis is also a hereditary disorder passed on by the parent or occurs spontaneously at conception.

7- Some nerves of the PNS are visible to the naked eye.

People tend to think that nerves are tiny and microscopic. Some nerves are, but as they travel from the adjacent CNS column, they are visible to the naked eye. The sciatic nerve, for example, is relatively big, which makes doctors take caution when administering injections. They do it on the upper outer quadrant of the gluteal region to avoid injuring the sciatic nerve. The sciatic nerve size varies in individuals but is a few millimeters wide. Injury to the sciatic nerve leads to paralysis of the affected foot. Other peripheral nerves that can be seen without a microscope include; the ulnar nerve and median nerves, both located on the forearm.

6 Reasons to Give Custom Company Apparel to Employees.