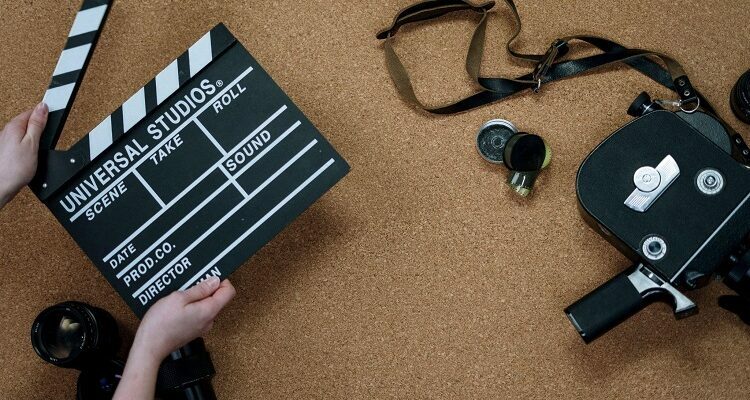 December is a great time to settle in and get cozy with some of the best comedy movies. Whether you’re looking for a laugh or just want something light-hearted during these cold winter months, there are plenty of options available. In this article, we’ll be going over the top December upcoming movies that are sure to make your holiday season a lot more fun!

This week sees the release of the highly anticipated sequel to one of last year’s biggest hits, “The Nut Job 2”. A crime-fighting pigeon, his sidekick brother, and some fun animal friends find themselves on a dangerous mission trying to stop their town from being turned into an amusement park. The first “Nut Job” movie was one of the biggest surprise hits of 2014, and this sequel is expected to do just as well with families this holiday season.

This romantic drama follows M. “Every Day,” a unique love story about finding that person you want to spend the rest of your life with — and even the rest of your days with. The film, adapted from a novel by David Levithan, follows 16-year-old Rhiannon as she falls in love with the spirit of a person named “A”. What makes this person so unique is that “A” wakes up every morning inside someone new’s body and doesn’t know what will happen next. This comedy, romance drama stars Angourie Rice, Nick Robinson & Maria Bello and hits theaters on December 22nd.

Back in the 1940s, a famous cookbook author (Barbara Stanwyck) was such a terrible housekeeper that she turned down her boyfriend’s proposal because she knew they wouldn’t be able to get married. But when he left her heartbroken, she had to go on TV and pretend that she was the perfect woman with the most ideal family life. So now, she must cook up a dish of deceit to turn her lie into the truth! This classic holiday comedy, which stars Dennis Morgan, Sidney Greenstreet & S. Z. Sakall, hits theaters on December 22nd.

When the heir of a wealthy hotelier dies in an accident, his will leaves everything to his devoted mistress. Desperate to get her hands on the money, she resorts to murder and frame-up! But who would have ever thought that Christmas could be a time for revenge? This light-hearted, festive mystery comedy stars Eliza Taylor, Richard Kiley, Andie MacDowell & Edward Herrmann and hits theaters on December 22nd.

Jumanji: Welcome to the Jungle

This sequel to the 1995 classic finds four high school kids transported into the world of Jumanji, where they become the avatars they chose. Dwayne Johnson, Karen Gillan, Kevin Hart & Jack Black lead the cast in this family-friendly action-comedy adventure that is sure to keep you on the edge of your seat! Jumanji: Welcome to the Jungle hits theaters on December 20th.

The Bellas are back in the third and final installment of the popular acapella comedy franchise. This time, they’re out of college and trying to figure out what comes next. But when they’re offered one last chance to compete on an international stage, they have to decide if it’s worth it. Anna Kendrick, Rebel Wilson, Brittany Snow, Hailee Steinfeld, Anna Camp & Alexis Knapp lead the cast in this highly anticipated film that is sure to please fans of the first two movies. Pitch Perfect 3 hits theaters on December 22nd.

In 1971, The Washington Post risked everything to publish the Pentagon Papers and bring to light the shocking truths and cover-up regarding the United States and the Vietnam War. This historical thriller , which also stars Meryl Streep & Tom Hanks, is directed by Steven Spielberg and hits theaters on December 22nd.

This comedy thriller follows a group of friends who meet regularly for game nights. When one of them hosts a murder mystery party, things go terribly wrong when the guests are taken hostage by armed men, and they must try to solve the case before it’s too late! “Game Night” stars Jason Bateman and Rachel McAdams.

It’s clear that there are so many great movies coming out this December. And if none of these movies scare you, we’ve got a spooky surprise in our gallery called “9 Halloween Movies and TV Shows,” that is sure to chill you to the bone! Which movie are you looking forward to seeing?