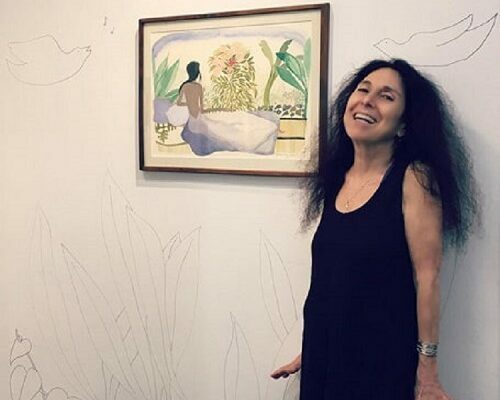 Alicia Bay Laurel is an artist from the American heritage; she was born in the late 1940s (1949). She was born to Velma Lebow and Paul Kaufaman. Both parents were well established; her mother was a sculptor while her dad was a doctor. Since childhood, Alicia bay Laurel was a music art, design, and writing enthusiast. She followed her passion until her works grew in popularity. She now operates in Alicia Bay Laurel’s shop, where all of her handworks are present. All through her growing life, she was exposed to politics, ideas, and arts. Discussed below are her fields of interest.

She began writing, designing, and illustrating as early as nineteen. The very first book she wrote was Living on Earth that made her grow popular. Within three years, she had printed up to seven books. Her other books include; The earth mass, which was published in 1973; being of The Sun, first published in 1973; the Dancing Lady, and The Coloring Book. She also printed Japanese versions of Being of The Sun and Life on The Earth.

Her art of music.

Alicia Bay Laurel’s music career started at an early age; Alicia Bay laurel would play the guitars and sing at coffee houses in her area. Her performances followed this during her time as a cook. She also wrote songs during this period. Later on, Alicia attended a fashion school at pacific fashion institute. Alicia Bay Laurel had a studio in the Sausalito industrial zone when she was eighteen years old. Before then, she had a college artist mentor called Jean Varda. She produced several music CDs over time, including Live in Japan, songs from living on the earth, songs from being of the sun source, living through the eyes of youth, beyond living and what life is all about, and more songs from living on the earth and living in Hawaii style.

Her talent in designing postcards and enveloped card

Since she was an artist, she was talented in pencil drawing cards and watercolor drawings. In addition, Alicia made many attractive postcards and enveloped cards that the Americas used as birthday gifts. Some of her postcards and enveloped cards include; Alicia meets Luxe, a five-by-seven card and has its matching envelope. Also, a loved card measuring five by seven all costing, a pack of five living on the earth postcards costing, and a twinned peace girl card.

Talented in designing magnets and stickers

Additionally, Alicia Bay Laurel is a skilled magnet and sticker maker. Over time, she has produced several cute magnets and stickers to give as gifts. To conclude, Alicia Laurel Bay is a hardworking woman who became very passionate about art, music and writing in her early nineteen. Apart from those, she was also talented in making other kinds of stuff, including t-shirts, coloring books, tote bags, linens, and ceramics. All her handwork made her grow very popular ad she became one of the most prominent ladies.

Top 4 Benefits of Fire Blankets you should know

What Is A Mezzanine Floor And What Are Its Benefits?