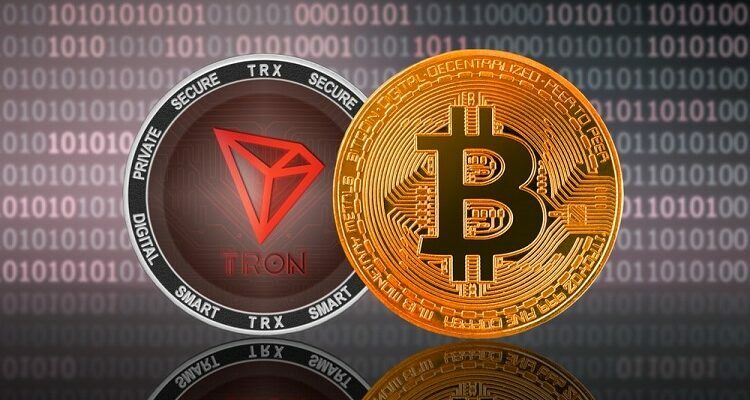 D: Cryptocurrencies are more popular than ever. But for many investors, the deeper they delve into the intricacies, the harder it becomes to distinguish the right crypto. Get detailed information about various investment opportunities and strategies you can consider, on this website: http://www.cashing-az.com

Establish Your Level of Risk Tolerance

Cryptocurrencies, in general, are quite volatile. Many experts advise against investing in them more than you can afford to lose. Some cryptos are viewed as more reliable than others. Bitcoin is an obvious example. One of the main reasons why it is more reliable is because it is more widely accepted and popularised.

Riskier investments, on the other hand, can offer significantly higher returns. And less established cryptocurrencies, such as Tron, belong in this category.

So, what makes Bitcoin so prominent, and how does Tron differ?

What Makes Bitcoin So Popular?

Bitcoin is the first cryptocurrency introduced in 2009 by Satoshi Nakamoto. It gave rise to a revolutionary, at that time, technique ‒ the blockchain. Previously, users needed verification from a bank to transfer money online. Otherwise, it would have been easy to spend the same digital asset multiple times by copying it.

Blockchain is a digital ledger that can be found on many people’s computers. It ensures the security and authenticity of transactions. It has a somewhat turbulent history with ups and downs aplenty. But it has now received endorsement from many influential companies, aspiring to become the new digital gold. Here are some of the prominent examples:

All of this has led to a more universalized acceptance of the crypto, driving up its price.

You might be already looking for a TRX to BTC converter, but not so fast. Let’s talk about the peculiarities of Tron.

What Makes Tron Different From Bitcoin?

Tron coin, or Tronix, is a cryptocurrency that runs on the Tron network. It is a blockchain-based, decentralized platform. While the Bitcoin platform is used exclusively for Bitcoin transactions, Tron offers far greater functionality. It represents the next generation of blockchain-based technology.

Many advancements to Bitcoin were made by another popular blockchain network, Ethereum. While offering its own cryptocurrency, Ether, Ethereum also enables other transactions on its network. The most notable are so-called smart contracts and decentralized applications.

Smart contracts are code-based transactional protocols that are executed automatically. This might sound boring, but in reality, the technology is fascinating. It has the potential to eliminate middlepersons from transactions. Imagine buying real estate without a realtor or any paperwork, all completely secure.

Decentralized applications or DApps are apps that run on a blockchain.

While Etherium was behind those innovations, it is often criticized for its low scalability. This is where Tron comes in. Tron can process 2000 transactions per second, while Etherium – only 20-25.

Keep an Eye out for New Coins

New cryptos are introduced quite frequently. In general, the less established the cryptocurrency is, the riskier investing in it is. With the rise of Bitcoin and blockchain technology, many governments have announced plans to issue their own crypto. Just like the regular currency, but digital. Naturally, being backed by a government gives a currency many benefits that can make it relatively stable.

Do not forget about the benefits of portfolio diversification. You do not have to pick one cryptocurrency and stick with it. Choose several. If even just one of those will rise in price, you can increase your net worth.

At the end of the day, it is you who decides which cryptocurrency to choose. If you prefer a relatively more secure investment, you might consider Bitcoin. It presents itself as a store of value and is more universally accepted at the moment.

If you want your investment to have the potential for higher returns, you might opt for Tronix. Either way, remember that choosing to invest in crypto entails risks, no matter what you pick. We recommend not to invest in it more than you can afford to lose.

How To Become A Master Of Organizational Management: 4 Hard-Nosed Tips