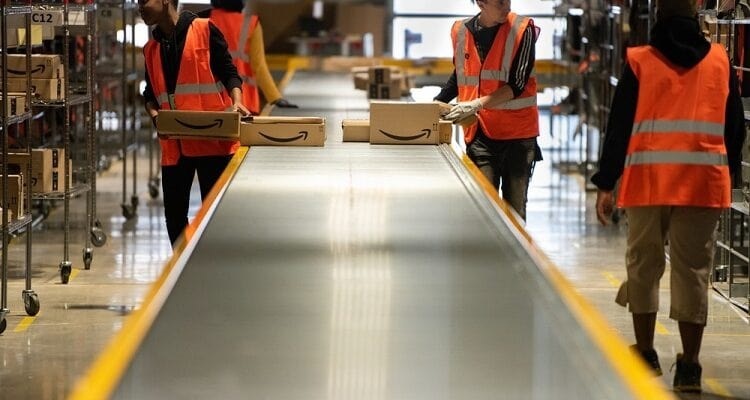 Amazon is creative with its ways, and even though they have Prime Video as a major streaming service, they are testing something new. To be precise, what would happen if a streaming service is bought within the shopping app – but it’s not the first time someone tried that.

What Does it Feature?

According to Amazon, MiniTV would feature shows in the following genres:

But this is supposed to be just the start, and they do not plan to limit this concept to the Indian audience alone in the future. TVF and Pocket Aces are the major producers for the shows within the streaming for now, as both are considered to be the “largest” web studios in India.

Is it a New Production House?

Well, if you are wondering whether MiniTV is going to get shows of its own, that is not the case. The content catalog can be seen easily and almost all the shows are old or from different projects. Simply put, Amazon took some shows that the content partners developed for other platforms, like YouTube, and had them gone live on their channels.

To our understanding, the major objective of this project – as confused by many – is not limited to audience entertainment, rather informative reviews to polish the Amazon buying experience for customers, open a roadmap of opportunities for Amazon sellers in India, and drive more sales.

For Tech-Related Consumers: They will be shown tech review videos on the latest products by “tech-expert” Trakin Tech.

For Foodies: Foodies will have food-related content and reviews by Kabita’s Kitchen, Cook with Nisha, and Gobble

This opens a new dynamic for Amazon sellers in India. Surely every step taken by Amazon to increase its sales directly benefits Amazon sellers.

What does this mean for Indian Amazon Sellers?

Many people in India want to start working on Amazon, and a majority has already started in this pandemic. If we compare how many Indian sellers were active on Amazon in 2018, to the number in 2021, we can see a staggering 40% increase.

More sellers mean more saturation in the Amazon market, yet the step for MiniTV in India by Amazon is beneficial for Amazon sellers. The video streaming has just been rolled out of beta and has a long way to go, but in the coming months, we can expect a few things.

First, the IOS update is not yet available. So, once that rolls out, Amazon would start the work on the mobile web version. After that, the right step would be to start making reviewers and sellers collaborate over the products for better outreach. As an Amazon seller, an amazon agency can help you with extracting and executing your goals, visit OlifantDigital.com to get started on your roadway to success.

Amazon is Not First in This Race

Well, the Indian audience must be familiar with Walmart’s Flipkart – which can be considered as a rivaling platform to Amazon in India. Flipkart introduced a mini video streaming service back in 2019 and made major sales through this technique. Following the steps of Flipkart, Zomato and Paytm also tried adding video streaming of some sort to their apps, although this was as elaborative as Flipkart’s, yet it was a great step for polishing customer experience.

Does this Affect Prime Video in Any Way?

Amazon has been clever with their scheme, as they have been trying to expand the audience of Prime Video in India for the past few months. How? Well, Cricket is the major sport in India and has the biggest fan following. Amazon was successful to secure the rights for streaming, not all, but some cricket matches in India. This is a major plus for the Indian audience.

After partnering with Airtel, the biggest Indian telecom network, Amazon made a whole package for Indian users. First, it introduced a mobile-only monthly subscription plan for singer users in standard definition for only 99Rs ($1.22) – which is more budget-friendly than any other streaming service available in India.

Then, Amazon now offers Prime Video within the Amazon Prime subscription – only for the Indian audience. This service is available for 999INR ($13.6), including bonus access to Amazon Music and a fast-delivery option while shopping.

When it comes to Prime Video, we can say that Netflix is the rivaling streaming service in India, like in other countries. Yet, the odds are in Amazon’s favor. Netflix had 40 million users in India this April, while Prime Video had over 60 million. The results talk for themselves. Netflix has spent over $420 million on Indian content produced locally in ’19 and ’20 – yet their co-CEO Heed Hastings called this investment “speculative” compared to other markets.

Yet, even before that, a new dynamic is in action. Now, before posting your new listings, or products, you have to make sure you understand how MiniTV would affect your sales. If you can get your product reviewed by one of the Amazon-selected reviewers, then major sales can be made.

These reviewers are limited at the moment, and they all have a major social presence, thus out-of-Amazon influence is possible (PR Packages). But Amazon promises to roll out “more exclusive content” in the coming months, thus we can expect more reviewers to be added to this list.

For the time being, if your product is being reviewed on YouTube and other platforms by these potential reviewers that Amazon might collaborate for future content, it is only for the greater good along the way. If not, then you must start right away.