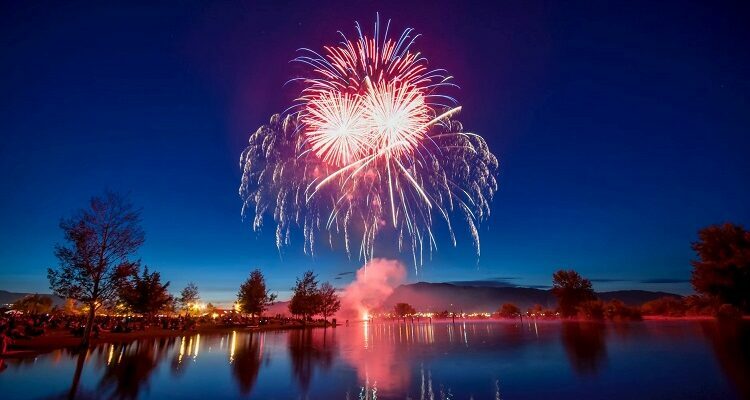 To call fireworks a summertime staple would be an understatement. In addition to attending locally-organized Independence Day displays, many people enjoy putting on firework shows of their own. Setting off fireworks is a particularly popular pastime at company picnics, barbecues and other summer gatherings. Although fireworks can be a lot of fun, it’s important to remember that they’re not toys, and if the proper precautions aren’t taken, personal injury, property damage and other negative consequences are likely to occur. In the interest of avoiding firework-related mishaps this summer, take care to heed the following precautions.

Don’t Shoot Off Fireworks Under the Influence

You should never shoot off fireworks under the influence of drugs and/or alcohol. However, since alcohol is a staple of most summertime gatherings – and most gatherings in general, for that matter – this may seem like a tall order to certain people. Since a single bad call is all it takes for a major fireworks mishap to occur, you’d do well to avoid lighting them while under the influence of substances that impair your judgment.

So, if you absolutely insist on drinking at a gathering that involves fireworks, take care to leave all things firework-related in the hands of someone who won’t be consuming alcohol. Entrusting the lighting of fireworks to someone in complete control of their faculties can be a boon to overall safety and help prevent an otherwise fun summertime shindig from having an undesirable ending.

It’s always disappointing when a firework doesn’t go off as planned. When this happens, some people’s immediate instinct is to try relighting it. While it may seem like there’s no harm in attempting to relight what appears to be a dud, doing so can result in serious injury – or worse. Keep in mind that dud may not actually be a dud. Getting too close to a firework that’s already been lit is liable to end in tragedy, so the next time you’re faced with a dud, deal with the disappointment and douse it with water before attempting to dispose of it. In fact, all fireworks should be doused with water before being disposed of, which brings us to our next point…

Keep a Steady Source of Water on Hand

Before attempting to dispose of fireworks, you must first ensure that those fireworks no longer pose even the remotest threat. You can accomplish this by dousing any fireworks you throw away with water, regardless of whether or not they’ve been lit. As such, whenever you intend to shoot off some fireworks, make sure to have a steady source of water on hand. A good garden hose would be ideal, but in the absence of one, take care to fill up a few buckets of water and keep them within easy reach.

In addition to making fireworks safe to throw away, a dependable water source will help ensure that you’re equipped to handle any small fires that arise. The faster such fires are extinguished, the less likely they are to turn into enormous blazes.

As is the case when purchasing any other type of product, it pays to be discerning when shopping for fireworks. So, the next time you find yourself searching for fireworks online, limit your choices to products from manufacturers with a proven track record of safety and quality. Additionally, before proceeding to purchase fireworks, make sure to familiarize yourself with state and local firework laws. Lastly, confirm that the fireworks you’re buying are not intended for professional displays.

To prevent yourself from taking a direct hit, avoid placing any part of yourself directly over fireworks when lighting them. Once a firework has been lit, you should immediately place a safe distance between yourself and the firework. Furthermore, anyone onlookers should be encouraged to stand at a safe distance, as well.

It’s hard for many of us to picture summertime without fireworks. Not only are they forever intertwined with July 4th, they also make for eye-catching entertainment at a broad assortment of summer gatherings. While there’s no denying that fireworks are associated with good times, it’s vitally important that they be approached with caution. Failure to prioritize safety when dealing with fireworks can facilitate a host of undesirable consequences. Luckily, practicing firework safety is neither difficult nor cumbersome. To help ensure that your summertime forays into fireworks are incident-free, adopt the measures discussed above.

How To Make Private School Happen On A Budget