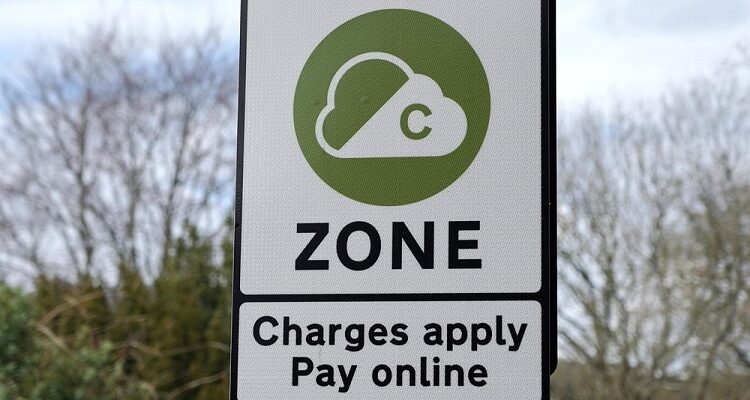 A number of UK cities are introducing new Clean Air Zones (CAZs), starting in 2022 and rolling out over the next couple of years. These follow London’s pioneering Ultra Low Emission Zone (ULEZ), which expanded in 2021 to cover 3.8 million of the capital’s residents, not to mention the many more millions who visit and work in the city. Although these CAZs could be expected to be a welcome addition to the UK’s 2050 net zero emissions target, they are not being universally welcomed. Perhaps unsurprisingly, politics is being played regarding at least some of the schemes, meaning they might have a rougher ride than planners had hoped; they will certainly be under intense scrutiny to prove their worth. You can learn about various important components of your vehicle, on this website: https://mobil-hondapromo.com

The adoption of clean air zones has certainly caught the imagination of civic leaders in some of Britain’s cities and major towns. Scotland, for example, has plans for CAZs in Aberdeen, Dundee, Edinburgh and Glasgow; those in Dundee and Edinburgh are scheduled to begin in spring 2022. Across the border, there are CAZs in the pipeline for Newcastle upon Tyne (summer), Bradford, Greater Manchester (May), Oxford (February) and Bristol (late summer). While there are some notable exceptions, it seems that many urban leaders are taking clean air very seriously.

This has not necessarily gone down well at national level, however. In particular, the Greater Manchester CAZ has been described by Boris Johnson as being “completely unworkable.” This was in response to a question by an MP of his own party questioning the Greater Manchester mayor’s motivations as a leading figure in the opposition. This mayor could point out that decisive action on air pollution has been a legal priority since a Supreme Court ruling in 2015; in which case, urban leaders are actually doing ministers’ jobs for them.

It seems that, at least in Greater Manchester’s case, the issue of funding is causing an impasse. Specifically, vehicle owners are having difficulty replacing their vehicles, due to prohibitive prices in both the new and used vehicle markets. The CAZ scheme will mean that drivers will be charged for using vehicles which fall below Euro6/VI or better for diesel engines, and Euro4 or better for petrol. Heavy goods vehicles and coaches which don’t meet the standard will attract a £60 charge, at all times of the day and night. Johnson says this will unfairly punish small business owners, while the mayor says this is the PM’s fault.

Somewhat less controversial is the CAZ being introduced in Bristol. Although the city’s council is slightly vague about when this will be introduced (“late summer” and “by September” have both been mooted), one technological innovation will be available which should help motorists immensely. Those who are uncertain if their vehicle will mean them being charged can use an online app which will tell them instantly. Much like an online MOT checker, drivers just have to insert their registration number; this will return the emission status of their vehicle, and therefore whether they’ll be charged for entering the CAZ.

Bristol council is also backing up its new CAZ with some welcome announcements which they hope will go some way to easing people’s fears about yet higher motoring expenses. It says that more than 70% of the city’s drivers will not face any charge, and that it has a fund of £42 million to help motorists replace their vehicles to ones with cleaner engines. The council is also trying to ensure visitors and patients will not be charged for going to hospital. Further still, blue badge holders will be exempt from CAZ charges, as will those on low incomes and anyone owning or working in a Bristol based business.

Overall, the standard operating inside the CAZ will be for Euro 4,5 and 6 petrol vehicles (largely those registered from 2006 and after), and Euro 6 diesel vehicles bought since 2015 – standards which are easily verifiable using the online MOT check. This scheme has not come under attack from central government, although it remains unpopular among some sections of the driving public and business community who are registered outside of Bristol. Compared to the Greater Manchester CAZ, however, this scheme should be able to look forward to quite a smooth introduction.

Regardless of the political points to be scored, the fact is that the UK has climate commitments, which cleaner and safer vehicles will help to achieve. As trusted safety engineers, checkmot.com are part of a UK wide network of providers committed to maintaining and improving all of the country’s vehicles; and lower toxic emissions are a vital part of this process.

Learn more about various elements of a vehicle and their functionalities, on this website: www.autocarnewshq.com

How To Become A Leader In Self-Storage