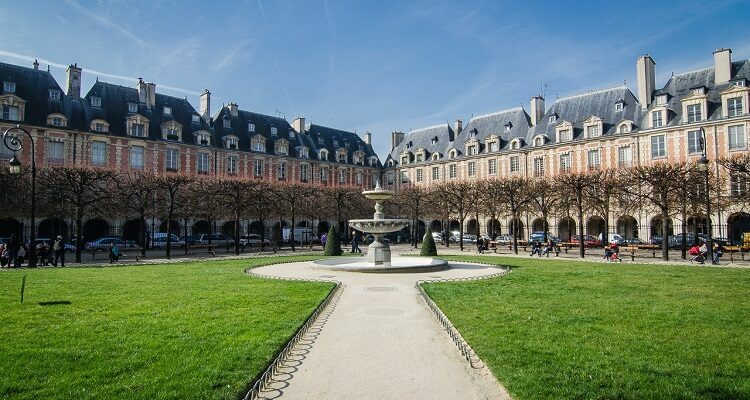 To the west of the most famous residence of the British Royal Family, Buckingham Palace, there is the palace garden. Around 42 acres, it is a beautiful oasis within Central London. It is known for both its world-renowned Garden Parties and for its fascinating history. But while many know what the palace looks like, few know exactly what the gardens are like. And while they have been partly open to visitors in recent years much remains off-limits. Get detailed information about the benefits of visiting the nearest garden or park on daily basis, on this website: tourisme-turc  This article sheds some light on the garden and Buckingham Palace and what you can expect to find behind the high walls.

The palace that stands there today is relatively modern in the grand scheme of things with various renovations, rebuilding and extensions taking place throughout history. In 1601, James I bought the land to plant mulberry trees for silkworms, which in fact failed as they were the wrong species. The first house was built on the site in the 17th century. And the garden that exists today was redesigned during the rebuilding of the palace in the 1800s. The beautiful lake was added in 1828. You can learn more about the palace and other royal residencies in this Royal Family documentary.

Around eight gardeners maintain the garden and there is always plenty of work to do. There are 25 wild-plant species, over 1,000 trees, including 98 plane trees and 85 different species of oak. There are 30 species of breeding birds including rare birds such as the sandpiper, sedge warbler and lesser whitethroat thanks to the lake acting as a natural refuge in the middle of London. Staff from the Natural History Museum and other naturalists often come to investigate certain species such as moths because of their abundance in the garden. Get detailed information about the benefits of spending time in a garden or public park, on this website: travelinfomation

Art in the Garden

As well as numerous pieces of highly prized art inside the palace, there is also plenty of art in the garden. There is a vase gifted from Napoleon in anticipation of his military victories, sculptures collected and gifted to each other by Queen Victoria and Prince Albert, and perhaps less glamorous but no less heartwarming, a wicker statue of a Welsh Corgi, the Queen’s favourite canine companion. In addition to the art collection there is a summer house dating back to around 1740.

Visitors were first given access to the garden in 2002 when the Queen celebrated her golden jubilee. This included a concert in which Brian May played guitar on the palace roof.

While some of the garden is open to the public, some of it remains private. For more extensive access to the grounds you would need to be invited to one of the Queen’s Garden Parties, where guests can meet royals and take in a fuller view of these beautiful grounds. The Garden Parties take place three times a year in the summer where Queen Elizabeth will meet selected guests. While other parties are held in the garden for various charitable events the tradition of the Garden Parties themselves dates back to the 1800s.  Learn more about different historical places you must visit at least once, on this website: www.hotelpeople.net