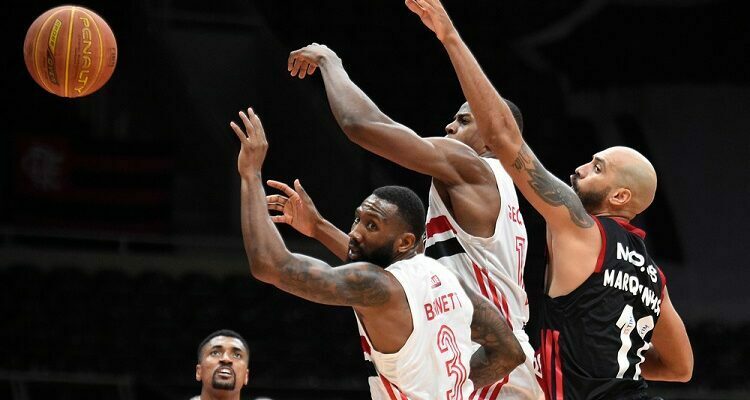 Every first-time NBA player dreams of becoming the NBA Rookie of the Year. The competition is always tough to get to that position, and you must ensure your skills are undeniably good. The coveted position grants you excellent access and a vantage point above all your peers on the basketball field. This year, the game is more competitive than last year for both rookie and veteran NBA players. You can learn about the rules of different games and matches, on this website: https://sports-top-picks.com

Evan Mobley’s potential started showing when he took the floor for the Cavaliers. His movement and knowledge of the game gave him a great advantage in his maneuvers as a defender. He also has a big, flexible body that enabled him to make incredible at-the-rim shots, ranked at 73%. His skillset helped his team win 44 games in the last season.

The Toronto Raptors’ Scottie Barnes makes his moves in speed and accuracy. The talented young man fits almost anywhere on the court and does excellently in his positions. His earliest place was on the defense, and he excelled in a way that led him to grow to other posts in the team. He does incredible passes and shows great potential in his shots.

Franz Wagner thought his ball career ended when he had a bad game in college. However, the Orlando Magic took him and made him the overall number 8. This pick brought a turning point for both the young man and the team. Currently, he is above the 75th percentile in both defensive and offensive shots. His size also compliments his guarding skills all over the court, making it easier for his team to have the ball.

Jalen Green had a great start with a wonderful high school reputation on the court. When he finally joined the Houston Rockets, the people saw his real potential. He has elite speed and puts pressure on the defense. Green ranks at 82% on rim frequency and does impressive shots, which covers any weak points he has in the game.

Oklahoma City Thunder has a great asset for passes and guarding…Josh Giddey. Giddey uses his height to find opportunities to pass the ball and help his teammates. Though many did not see his value at the beginning of his career, they now appreciate his skills. He is ranked as the best assist among all rookies at 32.3%. His value will keep rising as his shots keep improving.

Jonathan Kuminga plays for the Golden State Warriors and is among the youngest players. Most people expected him to take a few years to graduate to higher ranks, but he rose above all odds and made his mark before the end of 2021. He has an athletic body and good motor skills, making him a good player in the long run. His shots at the rim rank at 77%, and his triples are at 33%. This is very great potential for a young player.

The above rookies have the skills, body size, and athletic ability to make it to the top position. These young men will be doing awesome things on the basketball court with more practice and assistance from their trainers.

Building A PC: Why It’s Worth The Investment

What is Android Auto?